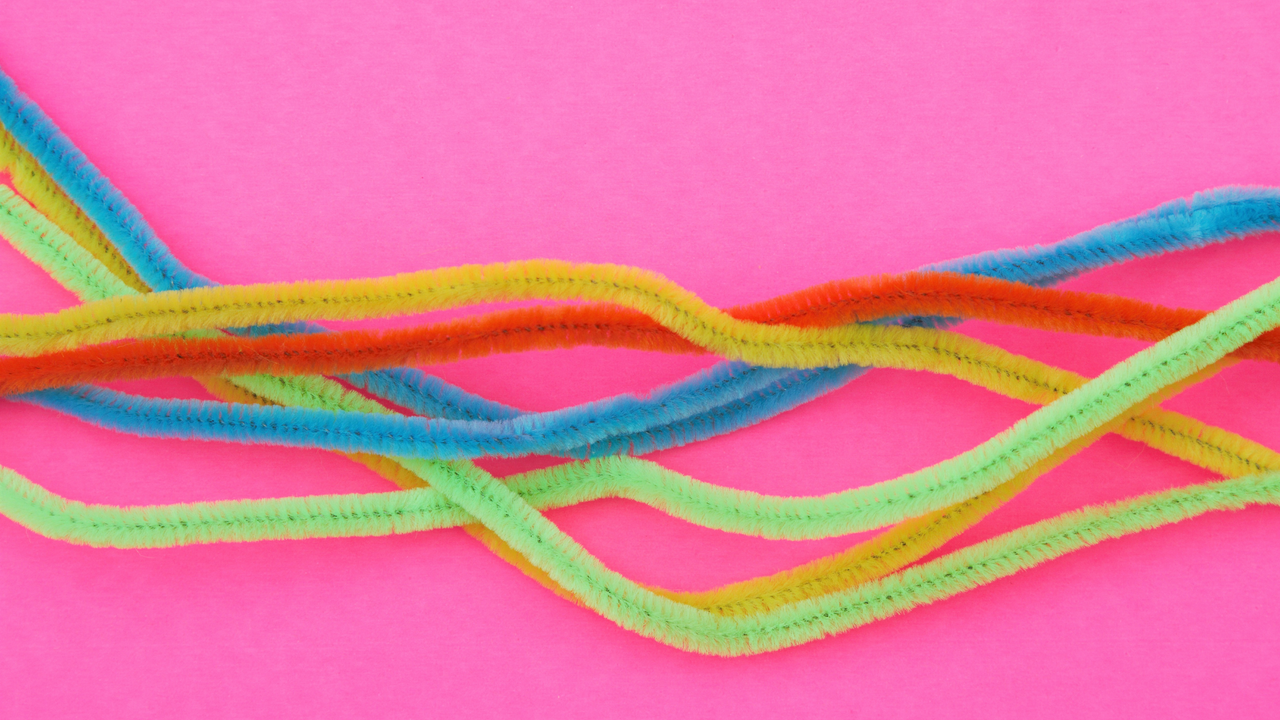 Can an HSG Test Help You Get Pregnant?

If you've been struggling with infertility, an HSG actually can help.

Learn more about this "Pipe Cleaner" of TTC procedures ...

After struggling with infertility for years, some women have reported getting pregnant naturally after having an HSG (Hysterosalpingography). Is it just a coincidence or is there a connection between having the test done and boosting fertility rates? Here, we take a closer look. First off, let’s dive into how an HSG actually works.

What exactly is an HSG Test?

HSG, or hysterosalpingography, is a diagnostic test used to evaluate the condition of a woman's uterus and fallopian tubes. HSG is usually performed by a radiologist, using a special x-ray machine, in an outpatient setting. This means that your regular fertility doctor will probably not be the one administering the test. Also, that you will most likely have to make an appointment at another facility for your HSG.

HSG is generally well tolerated, although some women may experience cramping during or after the procedure. Sedation is not typically required. HSG is considered a relatively safe procedure, with a small risk of complications such as infection, uterine perforation, or allergic reaction to the contrast agent. Many doctors will advise patients to take an over-the-counter pain reliever prior to the procedure which many patients advise is a good idea.

HSG is an important tool in the evaluation of infertility. It can help to diagnose conditions such as endometriosis, uterine fibroids, or blockage of the fallopian tubes. HSG can also be used to assess the results of previous surgeries, such as tubal ligation. In some cases, HSG may be used as a treatment for infertility, by flushing out debris from the fallopian tubes or opening blocked tubes.

Why would my reproductive endocrinologist recommend an HSG?

A Hysterosalpingography is most often prescribed for patients who are experiencing unexplained infertility or who have a history of recurrent miscarriage. Your OB GYN or fertility doctor might prescribe one for you if they suspect or want to rule out one of the following:

Just like people, a uterus can come in lots of different shapes and sizes. Some of which can deter the likelihood of pregnancy more than others. Some are more severe than others. A septate uterus, for example, is divided into two separate parts. A unicornuate uterus refers to one where only one side is fully developed.

If the uterus is irregular in shape, it can prevent a fertilized egg from implanting. Also, it can also make it difficult to carry an otherwise healthy pregnancy to term. Uterine anomalies can also cause preeclampsia, kidney issues and more.

Fallopian tubes, also referred to as uterine tubes or oviducts, are the highways on which a woman’s eggs travel from the ovaries to the uterus. They are also where the egg is fertilized. Should the fallopian tubes become blocked or damaged, it can prevent the likelihood of pregnancy altogether.

Common causes of blocked Fallopian tubes include: Scarring from inflammation caused by a pelvic infection, sexually transmitted diseases, fibroids, endometriosis or scarring from a previous ectopic pregnancy or miscarriage.

Various hormonal imbalances may cause a woman’s cervical mucus to be less than optimum for becoming and staying pregnant. A little over dramatic, we know, but this type of cervical mucus is referred to as “hostile”. In some cases, cervical mucus can actually attack and destroy sperm before it reaches the egg!

Medications like antihistamines, poor dietary choices, excessive nicotine and/or caffeine, stress and low BMI. Ironically, taking Clomid can actually cause some women’s cervical mucus to drop in quality. If you happen to notice vaginal dryness after starting your fertility treatment medication, be sure to consult with your doctor.

Endometriosis is a condition where the uterine lining actually grows outside of the uterus. It affects up to 10% of women between the ages of 19 and 39. Cases range from mild to severe and so does the pain associated with it. Meaning, you may suffer from endometriosis but have no symptoms whatsoever. In cases like this, an HSG can be invaluable.

While the exact cause of endometriosis is unspecified, it can run in families. It can also be caused by menstrual issues, surgical scarring and hormonal issues.

Fibroids - which can exist in the uterus and the cervix - are benign growths than range in size. The body’s production of certain hormones during a woman’s menstrual cycle, medication protocol or pregnancy can cause them to expand or shrink. For some, they are merely an inconvenience. For others, they may require repeated surgical intervention before a woman is even able to move forward with fertility treatment.

Uterine fibroids are believed to have a genetic component to them and are found in about 5-10% of women struggling with infertility. Not only can fibroids block sperm from traveling to the uterus, but they can also prevent healthy blood flow to a woman’s reproductive organs thereby reducing the chance of a successful pregnancy.

Can an HSG test help me get pregnant?

Surprisingly, yes. And, the evidence is not merely all anecdotal. Studies have been done that prove having an HSG test may have a positive effect on a woman’s ability to get pregnant.

In one study conducted in the Netherlands and published in the New England Journal of Medicine in 2017, scientists examined the actual flushing of the fallopian tubes during an HSG procedure. The findings? Fascinating. Because some women actually went on to conceive naturally after having the procedure done. It was ascertained that the actual act of flushing improved the chances of embryo transport to and implantation in the uterus. In layman’s terms, the test essentially “cleans out” your pipes.

Does an HSG test remove all tubal blockages?

Unfortunately, no. In most cases where HSG tests go on to facilitate natural pregnancy, it is because minor adhesions to the fallopian tubes were swept away during the flushing procedure. For most women with significant to serious tubal blockages, HSG tests are not strong enough to produce meaningful results. Nor would you really want them to be. Significant obstacles require proper medical attention and removal by a trained professional.

Is an HSG painful?

We’re not going to sugar coat it: an HSG can be excruciating. Imagine the worst period cramps you’ve ever had and multiply that by 1,000. Fortunately, this is not the case for all women and many doctors advise that it’s ok to take an over-the-counter pain reliever beforehand that can help reduce discomfort dramatically.

One patient explained how up until her HSG, her partner was at every doctor’s appointment with her practically holding her hand the entire time. At the HSG, nobody else was allowed into the exam room which made the procedure - and the very large, high-tech machinery it requires - extra terrifying.

How is an HSG different from an hysteroscopy?

While an HSG (Hysterosalpingogram) provides a picture or map of your uterus via x-ray, a hysteroscopy provides the doctor with an actual visual of your uterus. It is typically performed about a week after your menstrual cycle begins.

During a hysteroscopy, you will be put under general anesthesia and a hysteroscope with a light at the end is inserted through your vagina to examine your uterus and cervix. If he/she is just looking around, it is a diagnostic hysteroscopy. If the procedure is intended to go in and remove scar tissue, fibroids or polyps, it is referred to as an “Operative Hysteroscopy” because there is an operative procedure being performed.

Why would my doctor recommend a hysteroscopy?

Can a hysteroscopy help me get pregnant the same way an HSG can?

Because a diagnostic hysteroscopy alone does not include any surgical procedure or “flushing” of the fallopian tubes, it is unlikely to lead to a natural pregnancy.

For many women who undergo an operative hysteroscopy, the goal is to stop excess bleeding or to remove scar tissue/internal growths. Post-procedure, a certain amount of healing time is required but the end goal is to facilitate normal reproductive function and/or pregnancy. In this sense, yes, it can help you get pregnant but that is the point and it’s not “accidental” in the case of many HSG pregnancies.

The better way to build your family.

Big Happy Family is intended to support you on your personal family-building journey.  We are not doctors or psychologists. We are a resource center for those looking for providers and the ability to connect with peers. If you are & suffering from a serious psychological or medical & condition, please seek health from a qualified medical professional.

Start building your family the better way! Join today and gain immediate access to our community, resources and exclusive discounts.

We use your data to personalize and improve your experience and to send you information. You can change your preferences anytime.